Realizing that the best the High Guard could do was to prevent the Pax from being captured and plundered for Nova bombs and intel, its commanding officer, Captain Warrick, ordered Jill to engage the autodestruct sequence. However Jill refused his orders, believing he was trying to kill her to cover up their relationship, and she instead ejected the Pax's Exotic Matter Pulsar, resulting in the destruction of the entire planet and the death of everyone on it, including Captain Warrick and the Pax Magellanic's crew. To compensate for her lonlieness, Pearce eventually created android duplicates of some of her favourite crewmembers, apparently programmed to believe that they were the original crew and with no memory of the deaths of their templates.

Arrival of the Andromeda AscendantEdit

In C.Y.10087, the Andromeda Ascendant arrived in the Tau Ceti system and discovered the Pax Magellanic adrift and damaged amid the ruins of Herodotus. Pearce met with Captain Dylan Hunt, but initially lied to him about what had happened during the battle 300 years before, claiming that the Nietzcheans had destroyed the planet and later claiming that she had been ordered to do so by the captain.

After the Andromeda's crew started investigating strange events aboard the Pax Magellanic, Rommie interfaced with Pax's Artificial Intelligence and discovered the truth. Dylan confronted Pearce and she confessed to destroying the planet and killing her captain and crew. She then turned against Andromeda's crew, damaging Rommie and attempting to kill Seamus Harper and Beka Valentine, however they were able to escape aboard the Eureka Maru.

Pearce's final act was to attack the Andromeda Ascendant; she was killed in the Andromeda's counterattack when she lowered the Pax's defences, allowing herself to finally die as repentance for her self-perceived sins. (S1E12: The Mathematics of Tears) 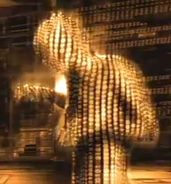 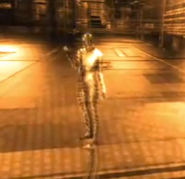 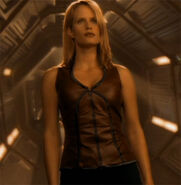 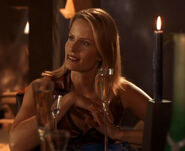 Jill Pearce at dinner with Captain Hunt aboard the Pax.
Add a photo to this gallery

Retrieved from "https://andromeda.fandom.com/wiki/Jill_Pearce?oldid=37972"
Community content is available under CC-BY-SA unless otherwise noted.